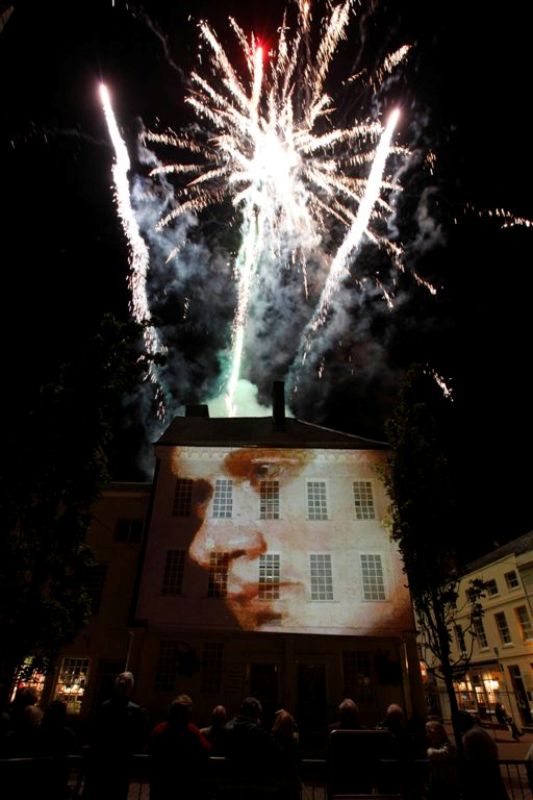 Fireworks illuminate the sky above the Samuel Johnson Birthplace Museum during the finale of the Son et Lumiere. This was an Artist led production displaying the history of Dr Samuel Johnson’s dictionary on his tercentenary.  Artists Peter Walker, David Harper and Andy Mckeown collaborated to produce the Son-et-Lumiere. The market place filled with spectators for the free light and sound show.

The event incorporated several elements, from a lantern parade, peel of bells from St Mary’s Bell ringers, and three wonderful performances by Lichfield Cathedral Choir, conducted by Martin Rawles.
An estimated 1200 people attended the event which demonstrates the appreciation for the visual arts and indeed that people really do care for their city.
Special thanks must go out to Joanne Wilson and Christopher Moulton of Lichfield City Council who worked closely with the artistic team, and whose understanding of the proposed work made the evening such a special occasion.

Here is an example of one of the 1500 images which were projected during the event: 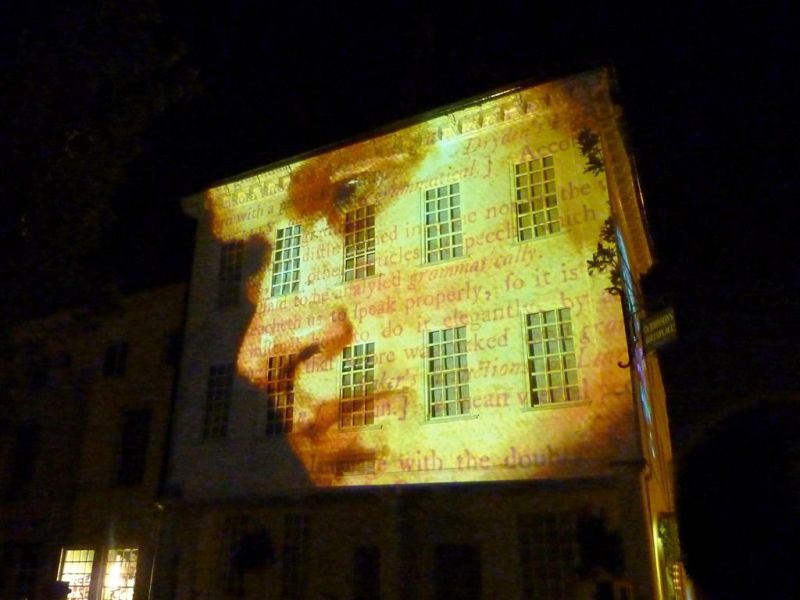 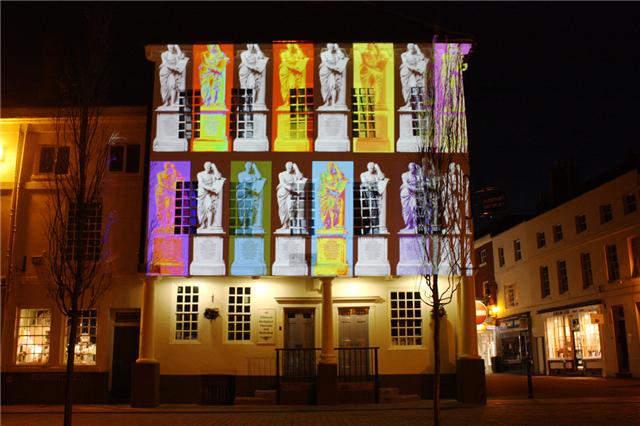 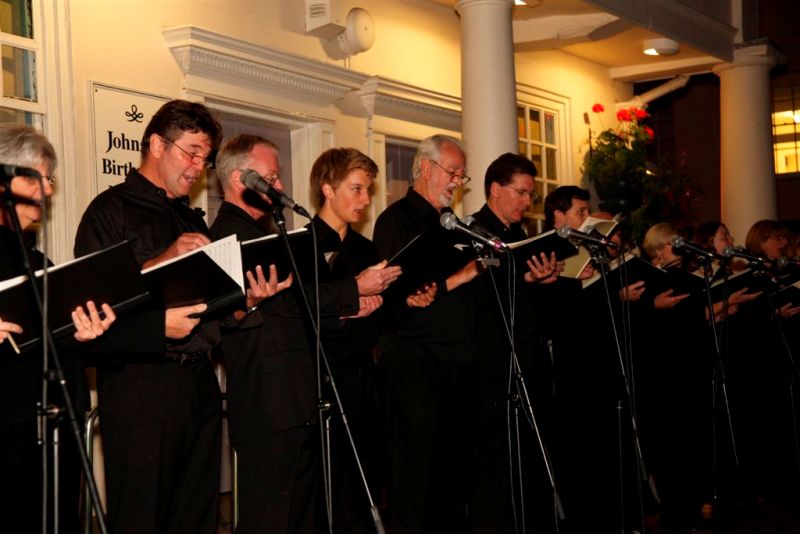 Audio  was completed by David Harper who visited the Birthplace Museum for the final recording session for the September event. The day was arranged to record poems, letters and extracts from Johnsons work formed layers of content for the light and sound performance.

Thanks to Jane Gentles, David Titley, Ken Knowles and Stuart Goodwin who all volunteered to help with the recordings. Ken took on the role of Johnson for a specific section of the dialogue and Stuart kindly agreed to read the narration of Johnson’s life which formed part of the contextual elements of the production. The script was produced collaboratively between Peter Walker with assistance and dramatic input from Lichfield playright David Titley, who has also been of great support and a great source of information throughout the project.