The Sculpture and Art Foundation CIC were commissioned by Stoke on Trent City Council to work with members of the local community in the development of a creative artwork for the Launch of the City of Sport 2016 project. The project worked with around 100 people who were featured in the artwork and members of the community and staff at Fenton Manor Sports Centre 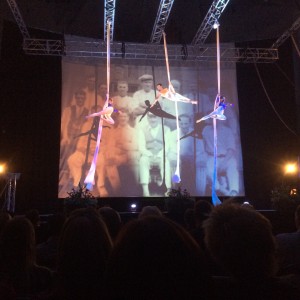 The spectacular launch event saw the team work with Upswing creating a striking performance of film, light, projection and performance and included a section which revealed the City of Sport 2016 logo.